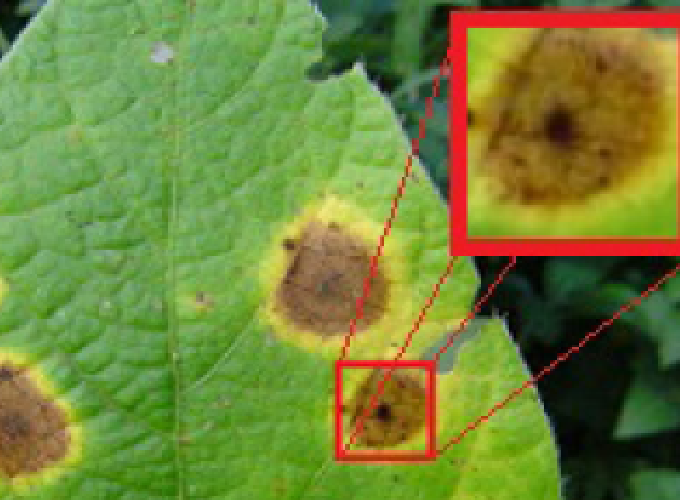 Soybean (Glycine max), a plant of great economic importance in Brazil and other countries, is the target of a variety of diseases which attack not only leaf part of plant, but also stem, roots and seed itself. Approximately 40 diseases were identified in country, being caused by fungi, bacteria, viruses and nematodes, negatively affecting production, thus limiting crop yield. The objective of this work is to extract texture characteristics of image using the wavelet transform, to analyze regions of soybean leaves affected by pathogens, making the image decomposition, obtaining approximation coeficients. Data that allow classification of the diseases analyzed. The Haar Wavelet Transform was used in feature extraction process and Euclidean distance in classification process. An exploratory database was used, the results were obtained for a proposal effectiveness, whereas adjustments may improve the method presented.