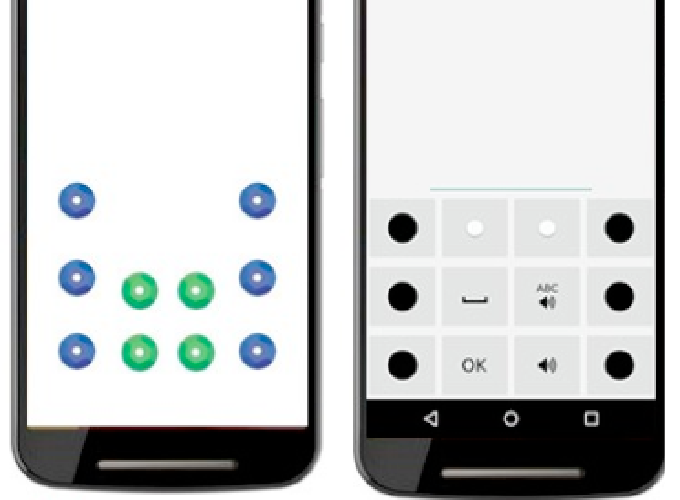 Mobile devices with touch screen have brought greater task dynamicity and Interaction. However, the lack of a physical keyboard makes mobile devices hard to be used by visually impaired people. The aim of this work is to develop a method and a interface to support the needs of this audience in text entering. Thereby, the Braille method is used and a Android app is being developed for simulating a virtual keyboard. In order to allow user screen handling and interaction, a plastic film with embossed dot marks is being built. This plastic film has the 6 Braille dots and some others for control and interaction. The interface validation is being performed with support of a visually impaired collaborator, with congenital blindness and Braille literate. In order to improve the interface and the text entering software the volunteer performs a lot of experiments and evaluations. The specialist evaluation shows the proposed method has a great potential. Once this stage is completed usability tests with greater number of volunteers will be performed.

Text in Portuguese, with English title and abstract.